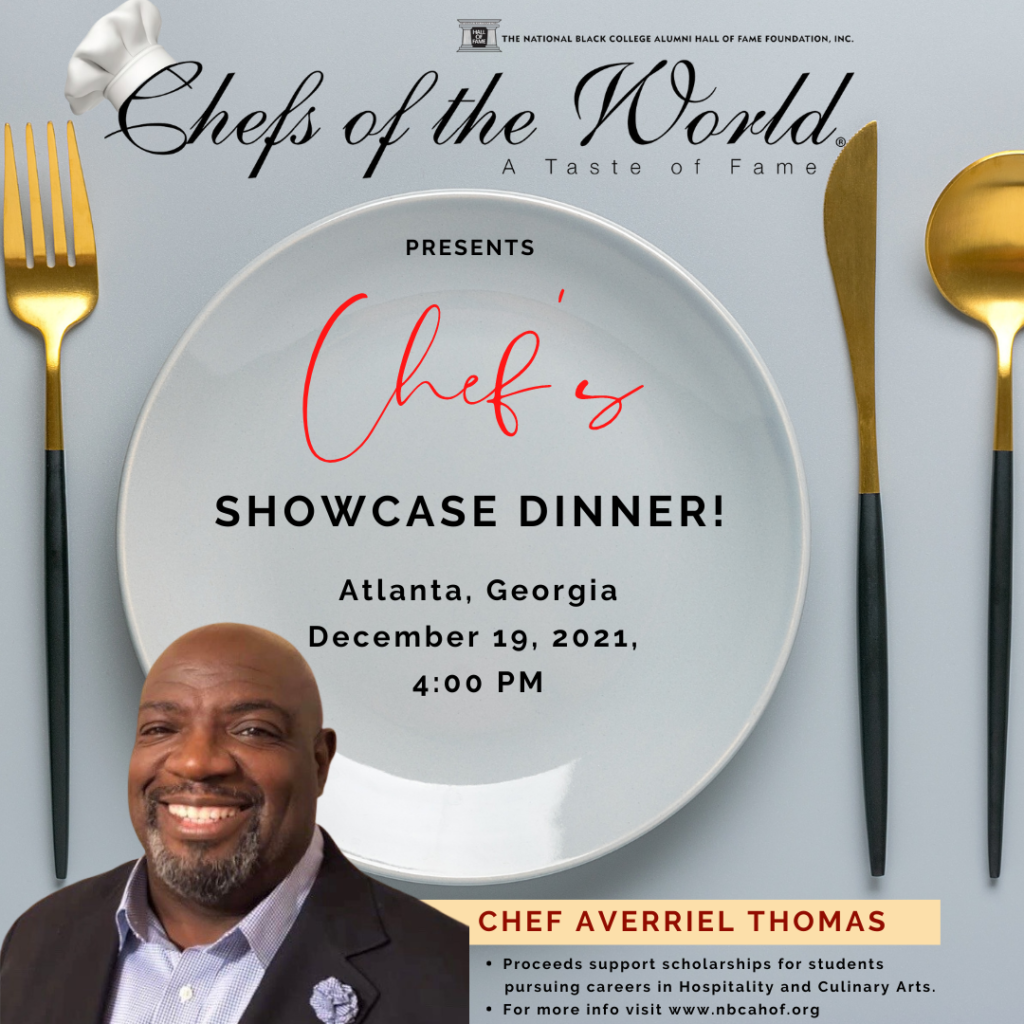 Chefs of the World (COTW) is a Fund Development event, created by the National Black College Alumni Hall of Fame Foundation (HOF) which showcases the exquisite creations by top chefs of the world, recognizing them for their culinary accomplishments.

Proceeds from this event support scholarships for students pursuing Hospitality and Culinary Arts degrees or certificates.

For 2022 we are redesigning COTW in consideration of protocols and mandates in place for the pandemic. We are creating monthly Chef showcase dinners. We will
have different chefs provide menus and we will coordinate certain months during the 2022 year. Each month you will have an opportunity to bid for a table of ten for the chef’s menu. The evening’s dinner location will be revealed after the bid has been submitted.

Your group today, The WINO Organization is our pilot group of this newly designed COTW. If you would like to donate to the HOF in support this program, we have a donation sheet at the corner table here that you can fill out. Or you can simply let me know you would like to make your donation today by credit card and I’ll take that information now.

Today, we will be pampered by one of our long-time creative chefs that has been one of our features since 2008.

With ground level entry into the restaurant industry, Averriel began his illustrious career at the world-renowned Commander’s Place in 1980. After 13 years he ventured to Emeril’s. In 1998 he became Assistant General Manager and Private Party Manager. In the tradition of Café’ Brulot, under the direction of Chef Emeril, he created an after-dinner coffee drink named in his honor, Café’ Averril. He also had the privilege to appear as a guest on the Emeril Live Show in New York. In 2000, he was General Manager of Herbsaint Bar and Restaurant and in 2003 General Manager of Smith & Wollensky.

In 2005, following the devastation of Hurricane Katrina, the Fat Creole was born. He recently retired as General Manager of NOLA restaurant in New Orleans. He lives in New Orleans, LA. 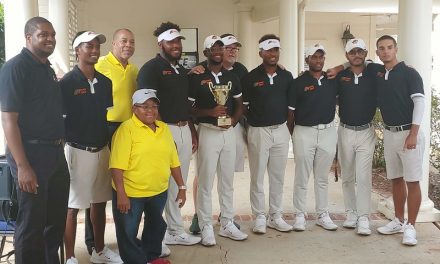 Congratulations to the Winners of the 2019 HBCU Golf Classic Invitational

Get Out the Vote Campaign

Virtual National Summit of Sustainability for HBCUs held on September 20, 2021 – The Video 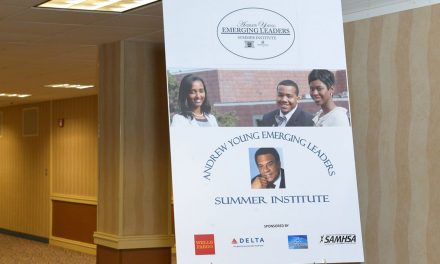